A downloadable game for Windows and macOS

Studio Unagi's Ghosts over the Water: Changing the Tides of Japan's Future is a historical, immersive strategy game built upon a familiar and accessible visual novel framework. With an expansive story and many different choices, Ghosts over the Water takes you into a fast-paced world filled with difficult decisions.

The game is playable on Windows and MacOS platforms.

It is the summer of 1853; a group of unexpected visitors have arrived on Japanese shores. A powerful fleet of ships commanded by Commodore Matthew C. Perry has stormed into Edo Bay, causing panic and threatening the possibility of violence. Over two hundred years have passed since Japan’s borders were closed, limiting trade to Chinese and Dutch merchants. Now an American fleet is at the country’s shores demanding trade and concessions.

FULL-SCREEN IS ENABLED BY DEFAULT. PLEASE DO NOT LEAVE FULL SCREEN! There's a bug that completely screws the dimensions and UI if you leave full-screen, so don't do that—unless you want to. We need to fix this, which is why we're not including the key-bind for it. If you find it, wield the power cautiously.

WHAT WILL YOU LEARN?

You play as Tsumaki Naoharu: an ambitious and curious young samurai working under Abe Masahiro, the chief senior councillor of Tokugawa Japan. From his lofty position, Abe must steer Japan’s response to this newfound threat. There are no playbooks to guide him, and your help will be crucial.

You will discover that residents of Edo are on edge, the opinions of the local lords are at odds with each other, and the current systems are on the brink of being upended. You will learn that no one can decide whether to open up to Western trade or keep Japan closed entirely—Abe is no exception. You will contend with multiple factions each with their own plans for Japan.

Naoharu is the second son of his own family. Unlike his older brother, Naoharu does not have the right to inherit the family estate and is already in debt. He must perform well in order to keep his position in the Tokugawa hierarchy and establish productive political connections for a secure, debt-free future.

As Naoharu, you will meet several factions whose ideologies and plans may intrigue, fascinate or puzzle him. It’s up to you, the player, to decide which ideas hold the most weight, which ideas Naoharu will follow, and what end he will meet. Beware, however, of the consequences. The choices you make matter.

There is no traditional sense of “winning” in Ghosts Over The Water; the primary goal of the game is to explore and navigate the nuances of Tokugawa Japan's response to the Americans. You will discover what Japan feared, what it dreamed of, and what destiny it pursued in the end.

In Ghosts Over the Water, the fate of Japan lies with you.

We appreciate the feedback! Thank you for checking out our game.

Ghosts over the Water is supported by the JapanLab program at the University of Texas at Austin; the Japan Foundation and Epoch: History Games Initiative,  with thanks to the Council on East Asian Studies at Yale University. 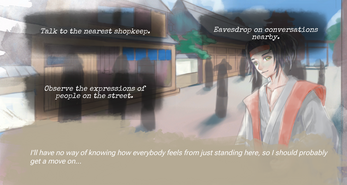 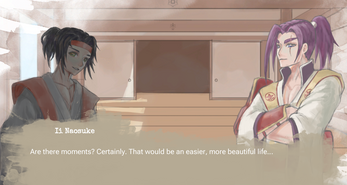 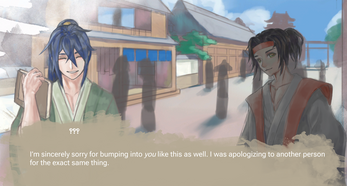 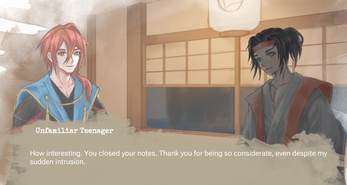 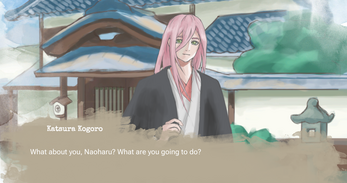 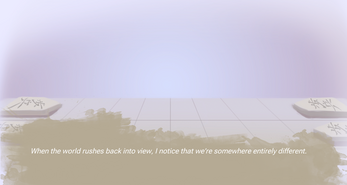 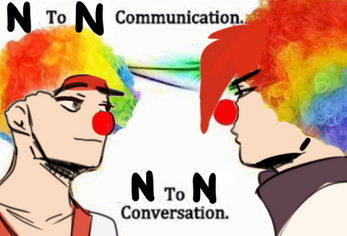 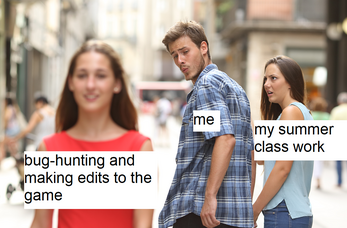 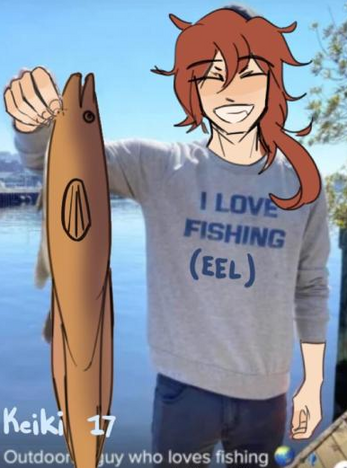